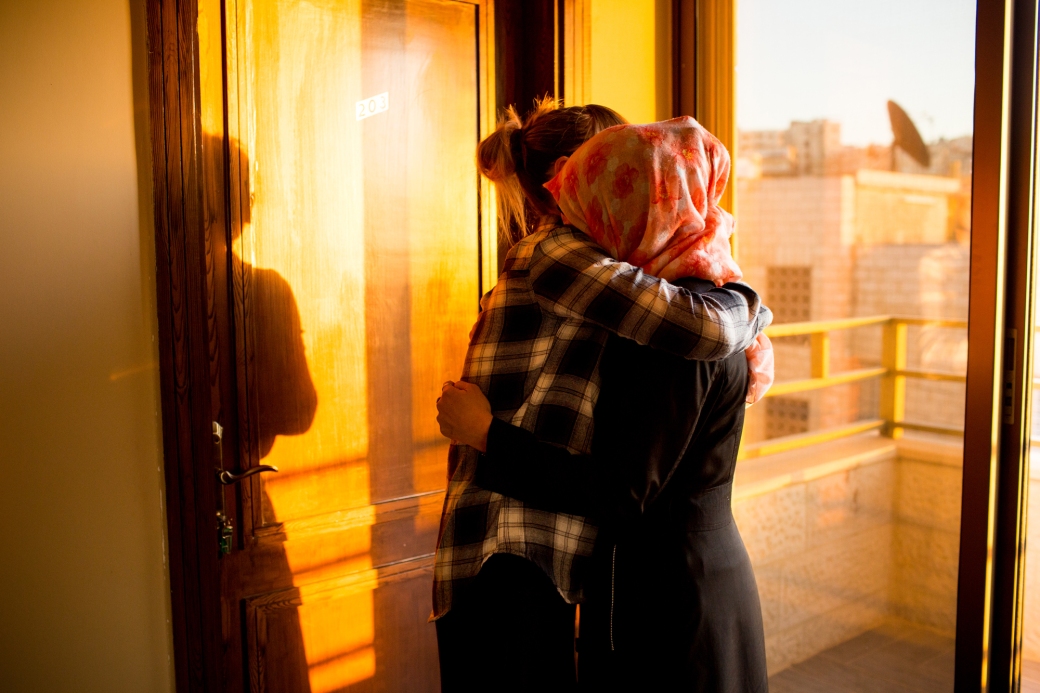 Having my heart broken 9 months ago by the stories we were all seeing of refugees fleeing for their lives, for the horrific images we were seeing of children, and the devastation of families – has changed me completely, as I began to understand what it means to truly love others, and figure out what God wants us to do in the midst of this brokenness and destruction.

I had the most incredible privilege of going to the Middle East in December and meeting refugees to hear their stories. Above is a picture of me with a Syrian woman, I have shared pieces of her story, but the full extent is too harrowing to even believe.

Below is a video telling some of Samir’s story – we met Samir in the Middle East and were able to spend a few days getting to know him and just hanging out. We spent hours interviewing him and getting the details of his story, this is just part of it.

Refugees are people with families, with hopes and dreams, with homes, with cars, with bank accounts, with the same fears and concerns for their children….they are our brothers and sisters. They don’t understand what is happening in their country any more than we do, and they have faced unimaginable horror that will leave them scarred and traumatized forever.

The #refugeecrisis happening across our world, still happening, is so big and so incomprehensible, but we can’t just ignore it. People have been, and continue to be, forced from their homelands and most of them have no options.

The U.N.’s refugee agency reports that the number of displaced people is at its highest ever — surpassing even post-World War II numbers, when the world was struggling to come to terms with the most devastating event in history.

The total at the end of 2015 reached 65.3 million — or one out of every 113 people on Earth, according to the United Nations High Commissioner for Refugees (UNHCR). The number represents a 5.8 million increase on the year before.
A little under 1% of the earth’s population is either “an asylum-seeker, internally displaced or a refugee” according to the UNHCR report, which was released Monday.
Source: CNN Article – More Displaced Now Than After WWII

Can I encourage you today, on a day set aside to consider the plight of refugees – to take a moment to pray, to read some stories, and to continue to keep your heart open to what is happening outside of your own context. It is hard to push through the uncomfortable-ness of not knowing what to do and feeling paralyszed because you can’t fix it – but please don’t turn away.

Syria: The Search for Refuge from World Relief on Vimeo.